October 10, 2013: The Leela Palaces, Hotels and Resorts and Kempinski Hotels have mutually agreed to bring the companies’ fruitful 25-year relationship to a close, effective October 1, 2013. Following a progressive phase-out which began in 2012, the agreement will allow The Leela to further consolidate its sales and marketing network, while facilitating Kempinski Hotels’ direct penetration of the Indian market.

Capt. CP Krishnan Nair, Chairman Emeritus and Founder Chairman, The Leela Palaces, Hotels and Resorts said: “The strong cooperation enjoyed by the two luxury brands over more than two decades has immensely benefited both The Leela and Kempinski, and helped significantly increase brand awareness globally and in the Indian market.”

The Leela Palaces Hotels and Resorts owns and operates eight award-winning properties in prime destinations across the country - Mumbai, New Delhi, Bangalore, Chennai, Udaipur, Goa, Kovalam (Kerala) and Gurgaon. The group is poised to expand its portfolio in the next four years. In addition to The Leela Palace Chennai, the city’s first sea-facing hotel, which opened in February 2013, new properties under development, among other locations, include a 60-room Palace property in Jaipur; Bhartiya City strategically located near the Bangalore airport; Agra where every room will face The Taj Mahal; Noida, NCR and Lake Ashtamudi in Kerala. 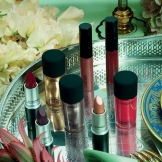 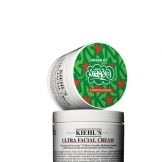