June 17, 2014: Watch manufacturer Officine Panerai recently gave a tribute to its birthplace by restoring the Duomo clock in Florence, while also being part of a wider project supporting the cultural institutions of the city.

Over 150 years after the opening of the first Bottega di Orologeria, Officine Panerai continues to pay tribute to the city of its birth, supporting its historic and artistic heritage and renovating its boutique in the Piazza San Giovanni, the most important of its 60 boutiques throughout the world.

Giovanni Panerai opened the Bottega Panerai, the city’s first watch shop, on the Ponte alle Grazie. Initially the Bottega sold the best Swiss watches, soon becoming a watchmaking school and workshop. It went on to become a centre of innovation in the field of precision instruments before developing and creating two icons in the history of watchmaking: the Radiomir and the Luminor. The Panerai brand has evolved from a city watch shop to an international brand specialising in haute horlogerie sports watches, with a manufacture in Neuchâtel in the heart of Switzerland where the watches are developed and produced. Today the Bottega Panerai is situated in the Archbishop’s Palace on the Piazza San Giovanni, directly facing the Baptistery and the Duomo of Florence, where it moved at the beginning of last century. 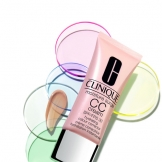