February 23, 2014: This year, the Gucci Museo in Florence is concentrating its contemporary art space schedule on works by female artists, from the 1960s to today's emerging generation, with a range of works from the Pinault Collection.

The "Femminilità Radicale" exhibition presents three artists who rarely exhibited in Italy and whose works are a powerful testimony to the way in which, at the turn of the 1960s-1970s, female artists used the female body – and their own bodies – as an instrument for criticism and subversion: American Lee Lozano (1930-1999), Polish Alina Szapocznikow (1926-1973) and Belgian-born Evelyne Axell (1935-1972). The exhibition is being curated by Martin Bethenod, director of the Palazzo Grassi-Punta della Dogana in Venice.

The real body is brought to life by performances from Evelyne Axell while conceptual projects from Lee Lozano blur the line between art and life. The broken body is smashed to pieces in sculptures by Alina Szapocznikow, whose work is on the fringes of both art and decorative art. The transposed body, in abstraction or confronting the triviality of the (masculine) universe of objects, is by Lee Lozano. The body at play in a critical look at the history of art is from Evelyne Axell. The desiring body, dressed in the virtues of seduction, is personified by Axell and Szapocznikow. The suffering body, threatened by exclusion, illness and death, lies with Szapocznikow and Lozano.

This is the first time in Europe that works from these three artists have been assembled together. Their radical ideas have rejected the rules of the art world to create pieces which are beyond anyone’s imagination. 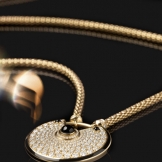