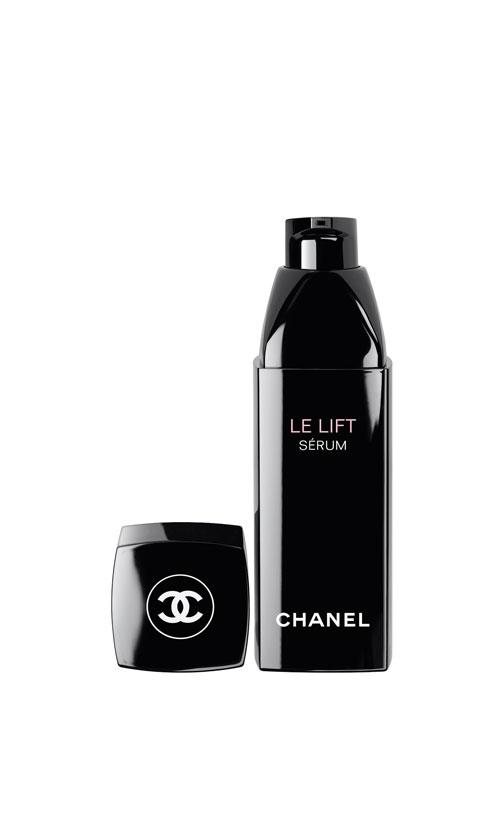 With the collaboration of Professor Melino, recognized worldwide for his studies on ageing, Chanel Research was able to demonstrate the key role of micro-RNAs (miRs), which are small fragments of RNA that work like switches to modulate the synthesis of the skin’s youth proteins. Constantly disturbed by the environment, stress and lifestyles, their production has a direct consequence on the appearance of the skin, leading to the loss of density, suppleness and resilience.

Rather than target the two youth proteins, p63 and Sirtuin 1, the active ingredient of the Chanel Le Lift line works by regulating them inside the fibroblasts. Staying one step ahead, it specifically singles out the miRs by preventing them from accelerating skin ageing. In partnership with PAT (Plant Advanced Technologies), Chanel Research selected edulis (a tropical plant) from which to extract 3.5-DA, the star ingredient of the Le Lift line.

Le Lift Sérum too is endowed with the anti-ageing powers of 3.5-DA. However, this unique formula does more than just inhibit miRs. It creates an environment that encourages the optimal development of fibroblasts, the cells responsible for the dermal network. Furthermore, it bolsters their activity so as to preserve the integrity of the matrix tissues as much as possible. Applied in synergy with the cream, Le Lift Sérum heightens anti-ageing effectiveness to reveal toned, firmer and smoother skin.

Le Lift Sérum contains an exclusive molecule patented by Chanel Research: Resveratrol-12. This molecule required nine years of research. Chanel Research was able to explore the powers and offset the fragility of Resveratrol to ensure effectiveness inside the skin. Researchers selected Resveratrol molecules from the roots of Polygonatum Cuspidatum, a plant native to Central Asia. They then added it to a complex with a benchmark antioxidant as powerful as Vitamin E: lipoic acid. The result was Resveratrol-12.

Resveratrol-12 is a perfect complement to 3.5-DA. They work in synergy and with each application, the facial contour is redefined. Skin is firmer, the skin texture is smoothed and wrinkles seem to disappear. The formula boasts a hybrid part-gel, part-cream texture. It is rapidly absorbed, leaving an ultra-fresh sensation on the skin.

Le Lift Crème Yeux, designed for eye contours especially, is also enriched with 3.5-DA. Le Lift Crème Yeux also contains a plant oligopeptide. With its active ingredients, the formula protects the extracellular matrix and improves muscle tone on the face. The eyelids look lifted and firmer. The eyes appear more wide open. It also fights dark circles with a biotechnological yeast extract that stimulates the microcirculation and capillary resilience of the eye contour. To diminish the volume of under-eye bags, the escinphytosterol complex works to modify vascular permeability by protecting blood vessels.

The texture of this new skincare product is velvety. Once applied, it is rapidly absorbed and envelops the skin in a protective caress. The entire area seems instantly lifted. In addition, the formula remains gentle on the eye contour. It is fragrance-free and moisturises the skin.